The Rise and Fall of the Sony Empire

Excerpt:    That is because Sony, which once defined Japan’s technological prowess, wowed the world with the Walkman and the Trinitron TV and shocked Hollywood with bold acquisitions like Columbia Pictures, is now in the fight of its life. 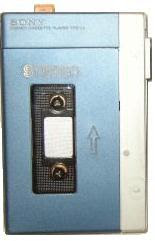 In fact, it is in a fight for its life — a development that exemplifies the stunning decline of Japan’s industrialized economy. Once upon a time, Japan Inc., not to mention Sony itself, seemed invulnerable. Today, Sony and many other Japanese manufacturers are pressed on all sides: by rising Asian rivals, a punishingly strong Japanese yen and, in Sony’s case, an astonishing lack of ideas.

Evidence of the decline:

While reading this article, I couldn't help but become lost in thought while recalling one librarian's wish to "restore the noble purpose of libraries".

Where would we today be if libraries had stopped continuing to evolve?

Where would we be today if librarians had refused to transform elements of their service programs in response to technological developments and changing community needs.

What would have been the outcomes of ignoring the changes in how information is produced and consumed?

Not pretty, I imagine.
Posted by Retiring Guy at 1:59 PM

I think Sony's story is more complicated, but point taken. Anyway, my immediate fear is I want to buy a new Sony SLR for the Minolta lenses I have and now the $6.4 B figure spooks me! They have done some very interesting things with cameras and video, but, yes, they do have management that has had very stodgy vision. Kind of reminds you of GM, eh?