The Komen Uproar: What the New York Times Reported on Wednesday

Excerpt with emphasis added: The foundation’s decision to eliminate most of its grants to Planned Parenthood for breast cancer screening caused a cascade of criticism from prominent women’s groups, politicians and public health advocates and a similarly strong outpouring of support from conservative women and religious groups that oppose abortion. 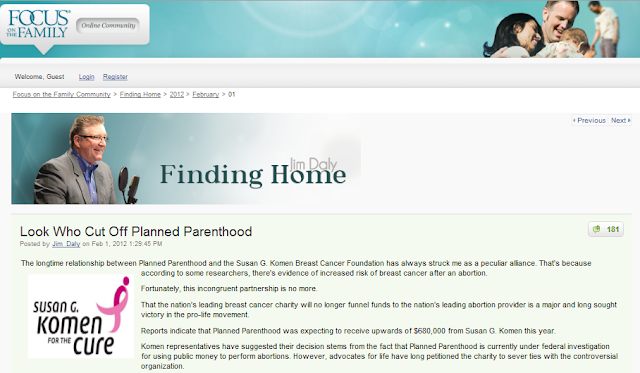 Although I wouldn't sit back thinking this issue has been resolved.
Posted by Retiring Guy at 9:57 AM