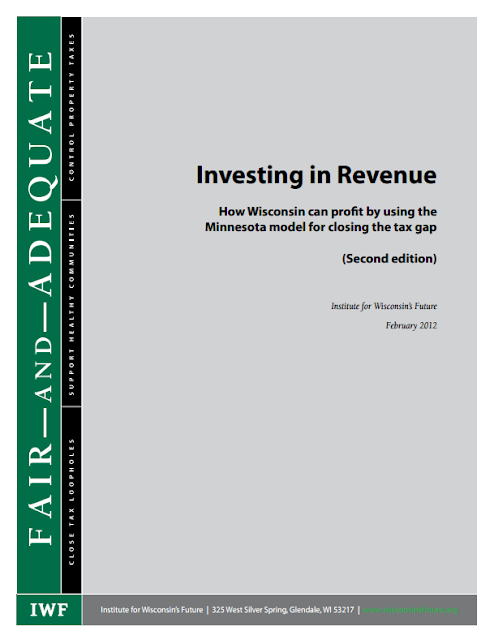 Excerpt: The new report – Investing in Revenue – says that a modest investment in addition staff at the Department of Revenue (DOR) could make a significant dent in this large pool of uncollected tax dollars. It estimates that an investment of $12.5 million in resources for DOR would generate $100 million in additional revenue during this biennium.

The report was written by Dennis Collier, who was the former Director of Tax and Fiscal Policy for the DOR. Collier contrasts the staff cuts at DOR and the uncollected taxes in our state with the very different experience in Minnesota: “While Wisconsin has cut staff and watched revenues drop, Minnesota has invested in their Department and seen a consistent increase in monies collected. If we follow their strategy, we can avoid further cuts to important programs such as health care and education.” 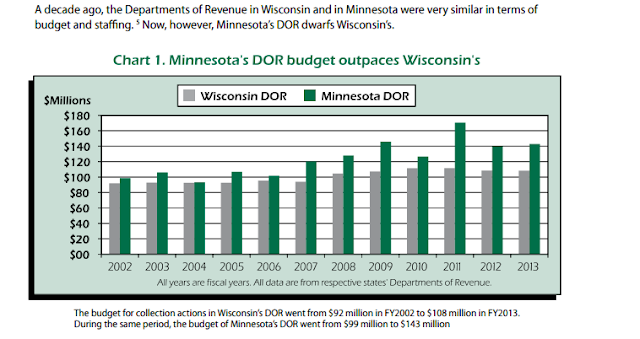 LINK
Posted by Retiring Guy at 7:49 AM