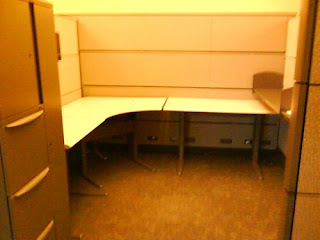 Excerpt:    City Council members will get together again at 4:30 p.m. Thursday as they seek to cut about $2.5 million in personnel costs from the 2012 budget.

But after about two hours, Alderman Jim Brey told gathered municipal employees and citizens that no final reorganization plans would be made public until Thursday.

"I stopped Christmas shopping in early November," said Laura Schwarz, awaiting council action that may impact whether her husband, Rick Schwarz, deputy department director of building inspection, has a job in the new year.

"To him, this is more than a job … the city is who he is … he's always looking for how the city can be improved," she said of her husband who joined the city 14 years ago.
Posted by Retiring Guy at 6:39 AM