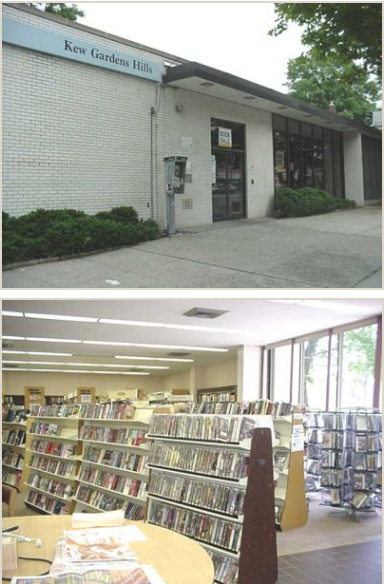 Excerpt: A plan to renovate the Kew Gardens Hills Library, a project civic leader Patricia Dolan made a priority before her death last month, was recently approved by city officials.

The $7.3 million expansion will add 3,000 square feet to the library and include separate areas for adults, teens and children.

Construction is expected to start late winter or early spring of next year.

As head of the Kew Gardens Hills Civic Association, Dolan had argued for years that the current facility was overcrowded and outdated.

She was struck and killed by a motorist while crossing Hillside Ave. on the way to a meeting last month.

“That library was one of her closest and dearest passions,” said Marc Haken, chair of Community Board 8’s Youth, Education and Library Committee.

One of Dolan’s earlier victories was convincing the Queens Library to rename the facility, located at 72-33 Vleigh Place, to reflect the neighborhood. It was previously known as the Vleigh Branch.

While Kew Gardens Hills is known for its large Orthodox Jewish community, the library draws customers from a number of different ethnic groups.
Posted by Retiring Guy at 5:54 PM