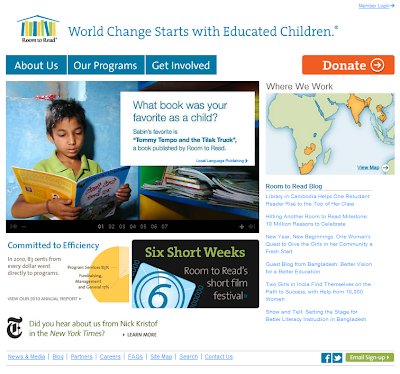 Excerpt: I came here to Vietnam to see John Wood hand out his 10 millionth book at a library that his team founded in this village in the Mekong Delta — as hundreds of local children cheered and embraced the books he brought as if they were the rarest of treasures. Wood’s charity, Room to Read, has opened 12,000 of these libraries around the world, along with 1,500 schools.

Yes, you read that right. He has opened nearly five times as many libraries as Carnegie, even if his are mostly single-room affairs that look nothing like the grand Carnegie libraries. Room to Read is one of America’s fastest-growing charities and is now opening new libraries at an astonishing clip of six a day. In contrast, McDonald’s opens one new outlet every 1.08 days. 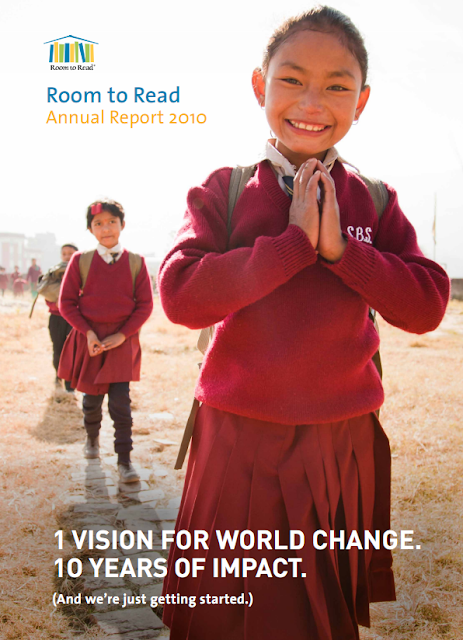 According to the Better Business Bureau's Wise Giving Report, Room to Grow meets all but 2 of their more than 20 standards for Charity Accountability.
Posted by Retiring Guy at 10:06 AM