OK, so I got a little carried away with the headline. 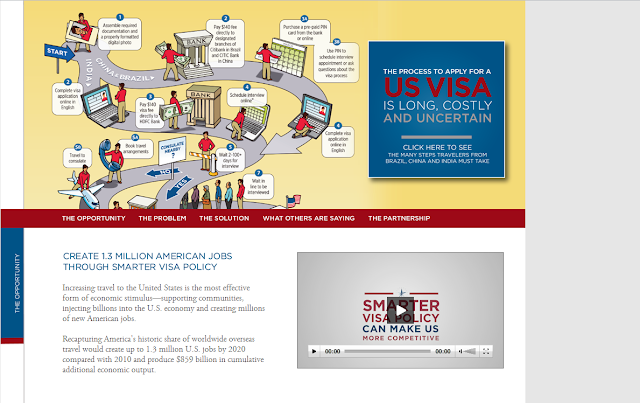 Excerpt: The travel industry today became the latest to slam federal rules and bureaucracy, charging that tough visa rules for potential tourists have robbed the nation of $600 billion and hundreds of thousands of jobs.

Two grim facts: More Chinese now visit France than the United States, in part because it's hard to get a U.S. visitors visa. And while the U.S. used to be the destination for 17 percent of the world's tourists in 2000, that's dropped to 12.4 percent and shows no sign of changing.
Posted by Retiring Guy at 11:56 AM