According to the Institute of Museum and Library Services Public Libraries in the United States: Fiscal Year 2009, nearly 60% of public libraries are maintained by communities with less than 10,000 population.  (Based on jurisdictional population, i.e., municipality, county, joint operation, district.)

Of the 385 library agencies listed in the 2010 Wisconsin Public Library Service Data, 304, or 79% are located in communities with less than 10,000 population. 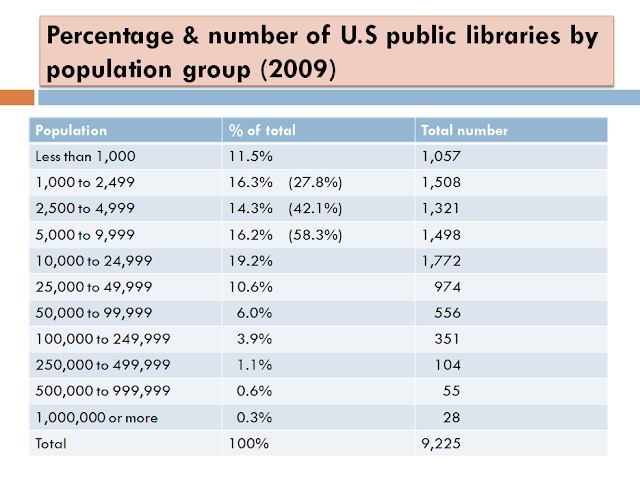 Slightly less than half of U.S. public libraries  have at least one staff member with a Masters in Library Science.

In Wisconsin, 155 public libraries, or 40%, employ at least one full-time equivalent MLS staff member.  All Wisconsin library directors, however, must meet the requirements of Public Librarian Certification. 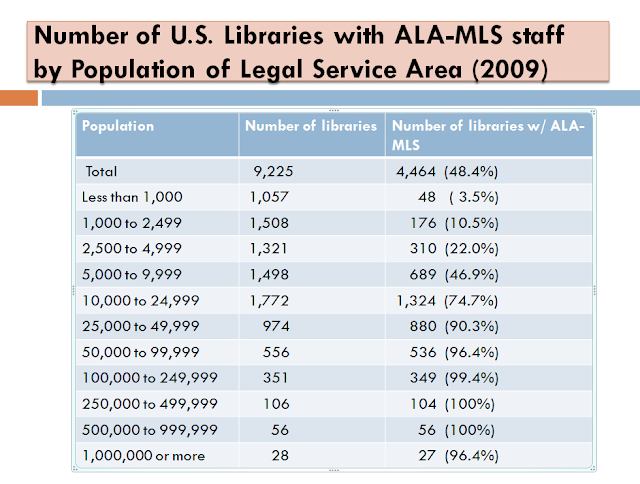