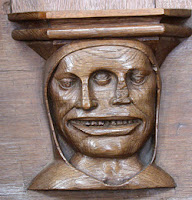 Excerpt:   Ribble's new position on the tax pledge is not the first time he has signaled a break from GOP orthodoxy when it comes to budget issues. In April, he broke from the pack in saying the elimination of oil and gas subsidies should be on the table in discussions of getting the nation's fiscal house in order.

Ribble's critics, however, have pointed out his votes have not matched his words. For example, Ribble opposed a Democrat-sponsored measure in March that would have ended tax breaks for major oil companies.

"Instead of waffling over whether or not to sign pledges, Congressman Ribble should be focused on explaining to out-of-work Wisconsinites why he supports the extreme Republican agenda that ends Medicare and does nothing to create jobs," said Haley Morris, a spokeswoman for the Democratic Congressional Campaign Committee.

Related posts:
Ribble admits to committing 'unforced error'.  (9/27/2011)
f there is no constitutional requirement to live in the district, why did Ribble go through this charade? (9/14/2011)
Posted by Retiring Guy at 7:13 AM