In light of recent events, it might be useful to revisit this document 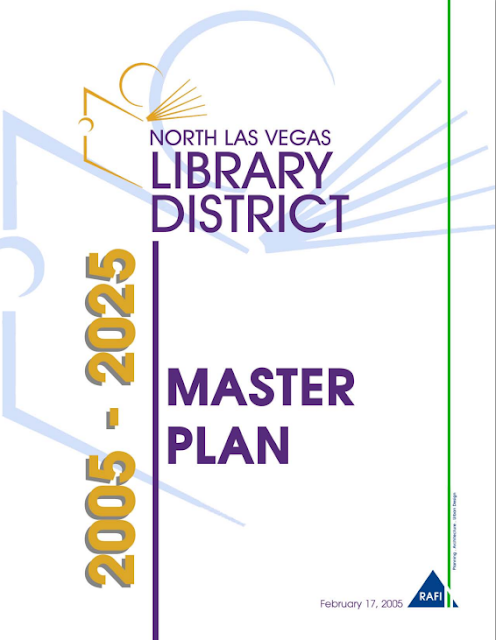 Excerpt:    As the North Las Vegas Library District looks towards tomorrow there is a significant amount of work ahead to meet the needs for such a dynamic community: The immense growth projected in future population as well as the needs for expanding and increasing patron services that occur daily is a serious challenge.  [My emphasis]

Clark County, which includes Las Vegas and North Las Vegas, lost 50,000 residents during the past year.  The NLVLD master plan, published in February 2005, projects a community population of 491,371 by 2025,   And from the graph below, you can understand why. 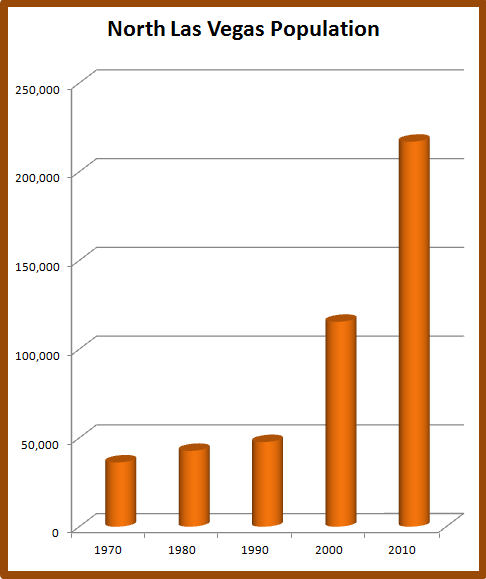 But a bubble burst on the way to the half-million mark.

When a recovery returns, I suspect North Las Vegas will return to a population growth rate similar to what it experienced in the 1970s and 1980s.

And from today's New York Times.  In Nevada, a City Hall Is a Remindr of Flush Days.

Excerpt: The view from the top floor of the new City Hall here stretches for miles. At nine stories high, the building is the tallest around, making it possible to easily survey the pockmarked landscape below. Down there, homes in foreclosure dot nearly every block of the suburban housing that stretches through the desert [page 4], just a few miles away from the glittery Strip. 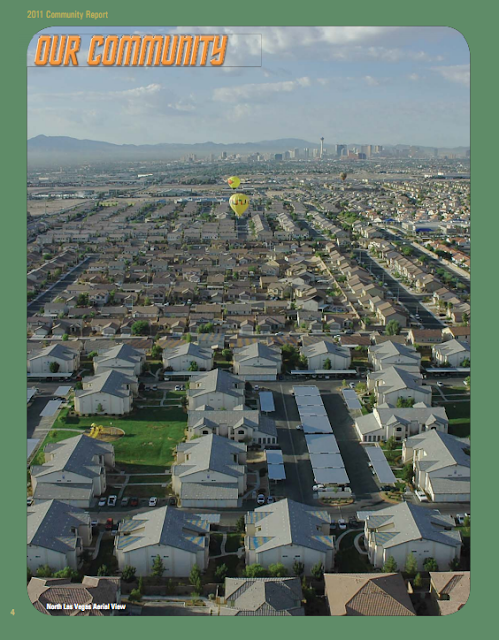 Homes in foreclosure dot nearly every block of suburban housing in North Las Vegas.
It is not hard to spot the vacant strip malls; several were never occupied at all.