The Challenges of Broadband and Bandwidth for Schools and Libraries 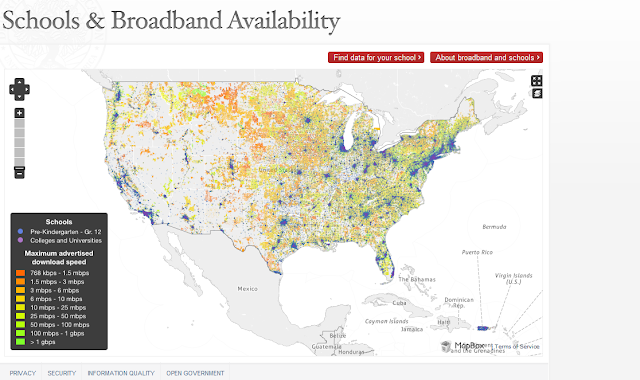 Excerpt: Remember the agony of waiting for a Web site to load, before broadband was widely available? According to a recent survey, a lot of American schools and libraries are still living in that era.

Only 35% of public libraries have broadband speeds between 1.5 Mbps and 10 Mbps (a rather broad range); 34.7% have speeds lower than 1.5 Mbps, and only 24.9% have broadband speeds higher than 10 Mbps, according to data from the American Library Assocation’s Public Library Funding & Technology Access Survey (PDF). As a comparison, Netflix says that an Internet connection of at least 1.5 Mbps is necessary to stream videos at the lowest possible quality.

But keeping up with the requisite Internet speed isn’t the only challenge that schools and libraries face. With the increasing demands for data, there are also challenges of bandwidth. 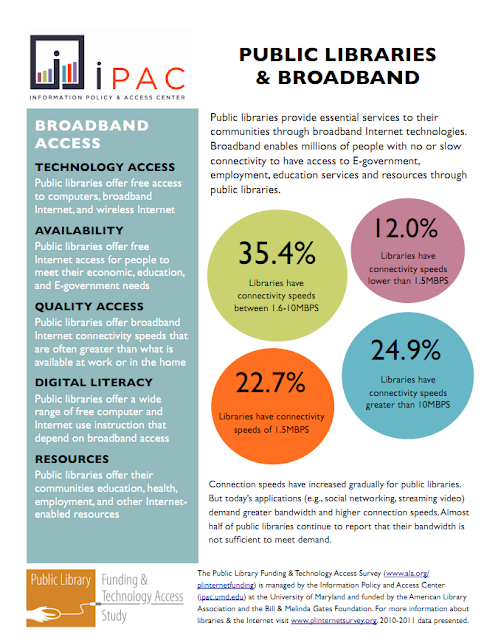 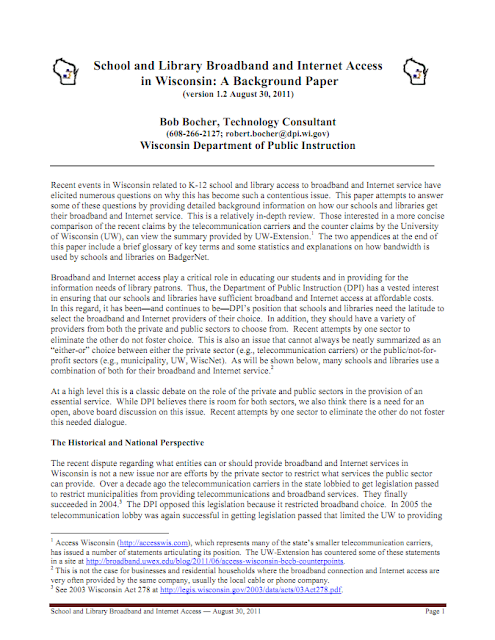