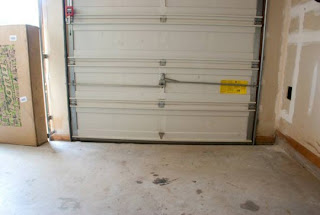 Excerpt: Some believe a wheel tax hits low-income people harder, and others view it as a hidden tax.

"When you're one of the first (to impose a wheel tax), you're going to call attention to yourselves, and you are going to be more vulnerable," Berry said. "There have been statewide elections won or lost on taxes on vehicles. It is something that gets people's attention."

Wisconsin data.  From the 2000 census.  Not quite everybody.  And again, I can't imagine dramatic changes here. 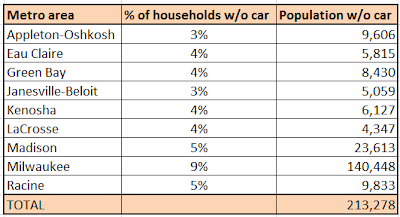 Labels: automobiles, households without a car