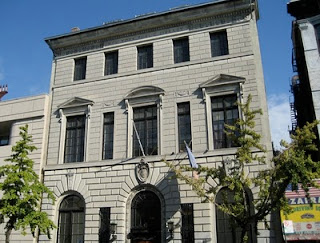 News release. Teens are about to get their very own high-tech space in Northern Manhattan.

The New York Public Library is opening its brand new, state-of-the-art Hamilton Grange Teen Center on Oct. 25 for kids between the ages of 13 and 17. It is the first NYPL teen center in Northern Manhattan, and while teens from across the city are welcome, it will primarily serve the neighborhoods of Harlem, Washington Heights and Hamilton Heights – an area in which about 30 percent of residents are under 19.

Library studies show that nearly 60 percent of kids between 8 and 18 in that area use their local library at least once a month, and nearly 30 percent of those said they would use it even more if there was a space specifically set aside for teens.

“The Hamilton Grange Teen Center epitomizes the NYPL’s vision of neighborhood libraries as active, strong centers of learning in the community,” said NYPL President Anthony W. Marx. “The new center is a safe place where teens can come together to learn and to create, to socialize and to study. We have listened to our teens and are giving them what they crave – a private area dedicated to their specific needs and access to technology, which is increasingly important in today’s world. We believe that spaces like these will keep young people in the library, help them grow and set the foundation for strong, healthy communities.”

It also boasts a large scale performance space with bleacher seating, which will be used to host TeenLIVE events throughout the year. TeenLIVE, made possible through the Katerina and Andreas C. Dracopoulos Family Endowment for Young Audiences, brings thought-provoking conversations and spectacular performances with authors, artists, filmmakers, musicians, and fashionistas to New York City teens.

Designed by Lyn Rice Architects, the $1.8 million space was made possible with a challenge grant from The Starr Foundation to renovate spaces for youth in neighborhood libraries.

"The Starr Foundation is pleased to support the new Hamilton Grange Teen Center,” said Martha Livingston, senior program officer for The Starr Foundation. “In addition to providing teens with a space of their own, the Center’s design allows for the creative use of a variety of technology and media creation tools and inspires collaboration and invention. Investments in our young people, such as this, are essential to building and sustaining strong communities."

Lead matching support for the Hamilton Grange Teen Center came from Arnold and Arlene Goldstein, Bronx natives who also helped fund the renovation of the children’s room at Francis Martin Library in the Bronx; and The Hess Corporation, which made it possible for the Library to outfit the Center with state-of-the-art technology.

The Goldsteins supported the construction of the Hamilton Grange Teen Center and the renovation of the Francis Martin Children's Room because they felt it was important to provide "young people in low-income neighborhoods a safe refuge from the streets, where they can get help with their schoolwork and have access to technology and other resources to improve their lives, build character, and give them hope for the future."

“The New York Public Library is a critical institution in our headquarters community,” said Paula Luff, director of Social Responsibility at Hess Corporation. “It provides services that cannot be found elsewhere, such as employment assistance, after-school programs, language classes for recent immigrants and tutoring for students. Facilities like the Hamilton Grange Teen Center – where young people can learn and interact with their peers in a safe and creative environment – are fundamental to the vibrancy, health and economic development of our community."

The Hamilton Grange Teen Center is the fifth teen center to open in The New York Public Library’s three boroughs. The others are at Bronx Library Center and Grand Concourse Library in the Bronx, Grand Central Library in Manhattan, and St. George Library in Staten Island.


The Hamilton Grange Teen Center has been made possible through the extraordinary leadership support of The Starr Foundation, Mr. and Mrs. Arnold Goldstein and Hess Corporation, with additional support from Mr. and Mrs. Martin J. Gross, Dwight and Julie Anderson, Mr. and Mrs. George T. Votis and The Barker Welfare Foundation, along with contributions from the Estate of Everett A. Eisenberg, Susan Fales-Hill, and the Nickelodeon’s Big Help Grants Program. 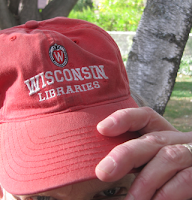