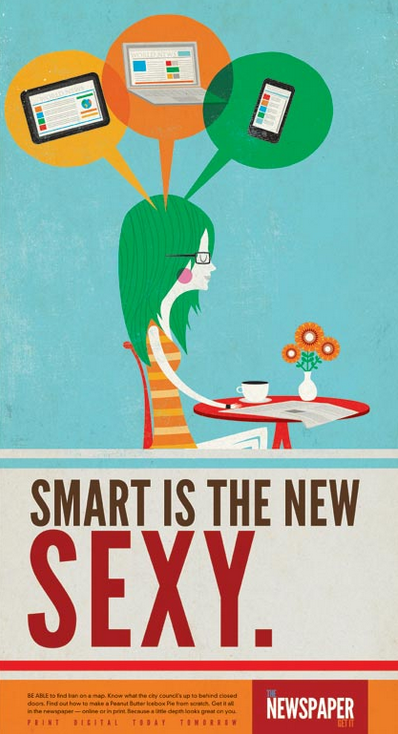 Excerpt: “Smart is the new sexy” reads the tagline for the campaign, which was created by the Martin Agency, part of the Interpublic Group of Companies.

“Be able to find Iran on a map,” says one ad that shows an illustration of a woman reading a print newspaper at a table.

“Know what the city council is up to behind closed doors,” it continues.

And that your "local" reporter is, perhaps, sending in a story from India. 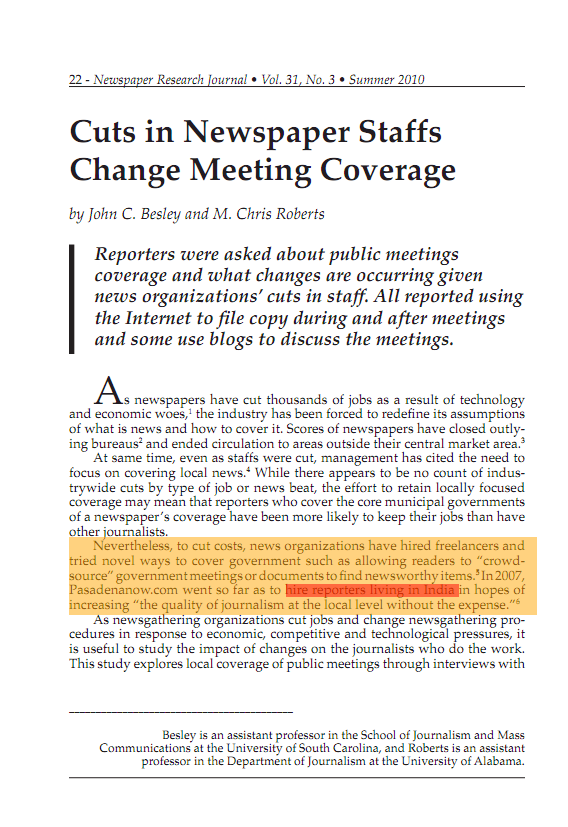 Not to mention this trend.

Not to slice things too thin, but in Wisconsin, municipal councils can't take official action "behind closed doors", i.e., in a closed session.   However, in some localities, I'm sure there are examples of extracurricular deal-making taking place out of the public eye.  Reporters generally avert their eyes when passing these doors, if they even notice them at all.)
Posted by Retiring Guy at 2:19 PM