The Koch Brothers Want You to Believe "It's Working!" in Wisconsin 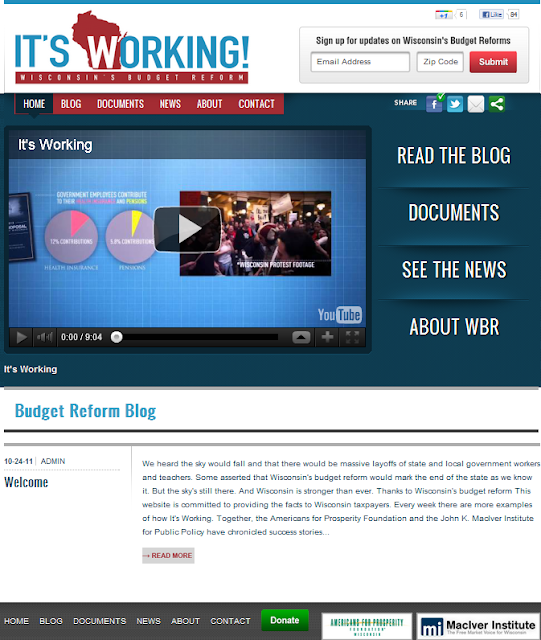 Excerpt:    The [David Koch-funded] Americans for Prosperity Foundation ["committed to educating citizens about the value of limited government and a free market economy"] and the MacIver Institute for Public Policy ["promotes free markets, individual freedom, personal responsibility and limited government"] have teamed up to launch a website called ItsWorkingWisconsin.com, that makes a case for Gov. Scott Walker's budget efforts.

The website, which started up on Wednesday, includes an instructional video that explains and touts Wisconsin Act 10, the law that curtailed collective bargaining for most public-sector workers.

"The left has attempted to win the debate over the future direction of the state by yelling the loudest and the longest," said Matt Seaholm, the head of the foundation in Wisconsin. "The It's Working project cuts through the noise to present the facts to the people of Wisconsin who deserve to know the truth."

Both groups support and advocate for smaller government.
Posted by Retiring Guy at 8:27 PM