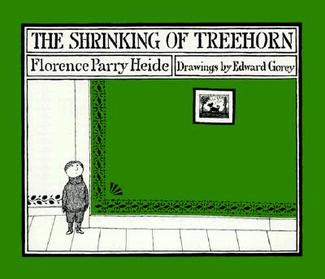 Excerpt:  Prolific children's book author Florence Parry Heide, whose work was illustrated by such notable artists as Edward Gorey, Jules Feiffer and Lane Smith, has died at her Kenosha home at age 92, her family said.

Heide died in her sleep Sunday night, one of her daughters, Judith Gilliland, told The Associated Press Tuesday. The Kenosha News reports family members and friends said Heide was in good health, and her death was unexpected.

"It was just her time, I guess," daughter Roxanne Pierce told the Kenosha News. "It came as a huge shock to me this morning. We had such a wonderful evening last night together. We watched a movie, made popcorn, laughed our heads off. It was very, very good, cozy and comfy. It made me feel good."

Gilliland said her mother, a longtime Kenosha resident, was the author of more than 100 children's books. Heide's works include mostly children's books, works co-authored with others, lyrics and poems She also wrote under the pseudonyms Alex B. Allen and Jamie McDonald.

Her most critically acclaimed work was "The Shrinking of Treehorn" in 1971, which was illustrated by Edward Gorey. The New York Times named it one of the best illustrated children's books of 1971.


Florence Parry Heidi
Much beloved in Kenosha,
where she was a longtime resident. 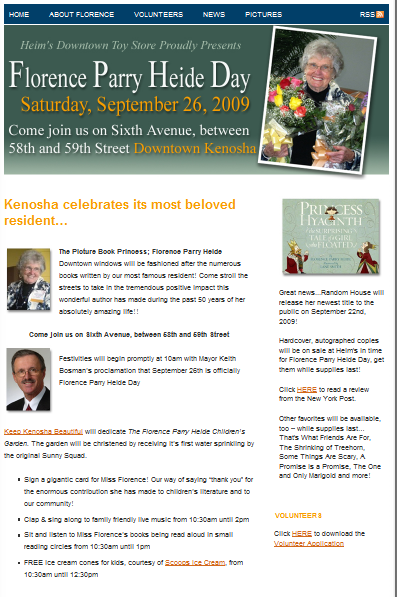