Thanks for sharing, Lynn! I've added the Chicagoist to my RSS feeds. 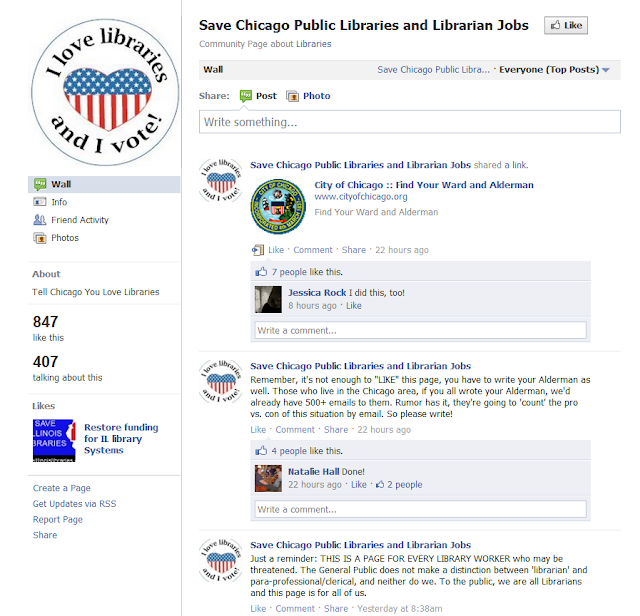 Excerpt: Mayor Rahm Emanuel's proposed 2012 budget includes significant cuts for the Chicago Public Library system, and a group has started a letter-writing campaign to try to stop it. Save Chicago's Public Libraries and Librarian Jobs is encouraging their supporters to contact aldermen and the mayor's office. As of publication, the Facebook page had 687 fans:
Posted by Retiring Guy at 9:45 AM