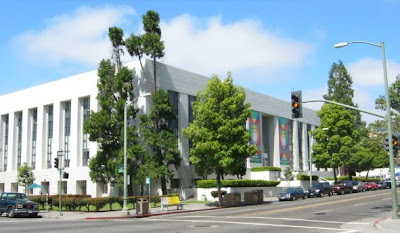 Excerpt: During the Tuesday afternoon rally, as about 500 people gathered outside the city's main library at 14th and Madison streets, organizers announced that police "called the library in anticipation of our gathering and asked them to shut it down. They said, 'No,' because they know what side they are on."

The crowd exploded into cheers. On Wednesday morning, library Director Carmen Martinez said the
City had supported her decision to keep the library open.

In the early afternoon Tuesday, hours before the protest arrived at the library steps, City Administrator Deanna Santana called Martinez and asked how she wanted to handle the situation, Martinez said.

"I said that we are a symbol of civil society for a lot of groups, including this one, and the folks who protested against the libraries budget cuts, and we will remain open as along as service can be continued without disruption," Martinez said. "Deanna said she understood and respected that."

Police also called to ask if the library needed any help or backup, Martinez said, but she declined.

At about 5 p.m., however, with the crowd already shutting down an entire block of 14th Street, Santana called back with information that a second group was on its way and could make it impossible for library staff to leave, Martinez said, so the library ended up closing a half-hour early.

Nonetheless, Martinez said, the library remains "a symbol of gathering for 1st Amendment issues. We welcome everyone unconditionally."
Posted by Retiring Guy at 7:36 PM