Book covers provided for illustrative purposes only.  Not intended as recommendations. 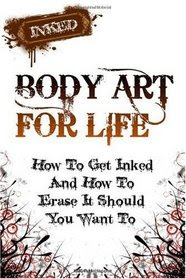 Excerpt: It has been over a decade since tattoos went mainstream and a Superior Court judge overturned a 38-year ban on tattoo studios in Massachusetts. But now, with 32 percent of Generation Xers and 38 percent of Millennials inked, according to a 2010 Pew Research Center study, and with an estimated 45 million Americans sporting at least one tattoo, a secondary trend has emerged: tattoo removal.


A Harris Interactive poll put the remorse rate at 16 percent in 2008, and in 2009, members of the American Society for Dermatologic Surgery performed an estimated 61,535 tattoo removal procedures. The group does not have comparative statistics, but a local dermatologist and society spokeswoman reports a “huge uptick’’ in patients.


“A lot of folks are turning 30 or 40 and maybe it doesn’t match their lives anymore,’’ said Dr. Ranella Hirsch of Skincare Doctors in Cambridge. “You see someone wearing a Chanel suit and you wouldn’t expect them to have tattoo, but there you go.’’ 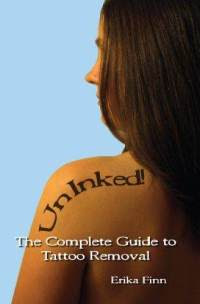 And in perhaps an equally telling indicator, tattoo removal has spawned its own unhappy trend: botched removal jobs. “We get a lot of folks who need expert care after bad experiences with attempted removal,’’ Hirsch said.


But even good experiences can be challenging. Stubborn tattoos can take up to 15 or more sessions to remove, and it can cost thousands.

Or there's the option of throwing money down a rathole.
Posted by Retiring Guy at 8:09 AM