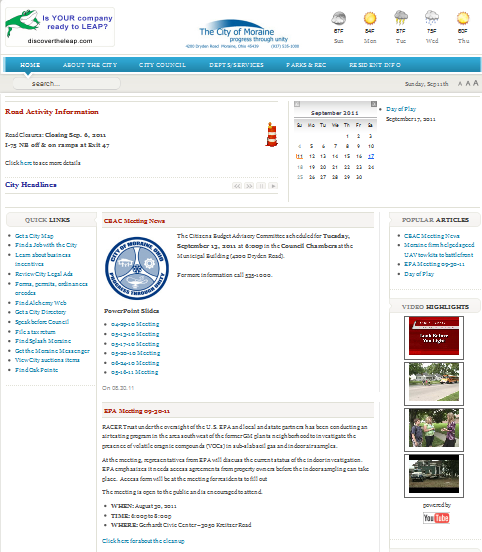 Excerpt: Even before it was officially a city, Moraine was birthed as the “city of industry.” It is associated with the Wright brothers, who made test flights in the area. The Dayton-Wright Airplane Co. built De Havilland DH4 bi-planes and Curtis JN-41 trainer planes for use in World War I; during WWII, the plant made machine guns and airplane parts.

GM bought the Wright plant in 1926 and made Frigidaire appliances there until 1980. The massive facility then was transformed into an SUV assembly plant where thousands of Chevy Trailblazers and GMC Envoys rolled off the line in its 28 years.

David D. Hicks has seen much of Moraine’s recent history, as a police officer, detective, police chief and city manager since 2001. He recalls the glory days when city coffers benefited from a municipal income fattened by “GM on steroids.”

At its peak, the Frigidaire plant employed 18,000 and nearby Harrison Radiator another 5,000. That was three times the population of the city.

Motorists knew to stay clear of Moraine at quitting time and shift changes, when thousands of GM workers rushed to get home, or to their favorite watering hole.

Related businesses such as parts suppliers and machine shops did well, as did gas stations, restaurants, bars, retail stores.

Now, most are gone, even McDonald’s. The survivors have suffered, such as Church’s Flowers, which lost its biggest customer when GM and its chain of suppliers left town.

The city’s largest employer now has about 500 workers.

I imagine residents need their library more than ever. 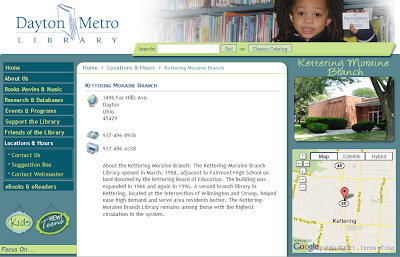