The Steps to Amending the Wisconsin State Constitution 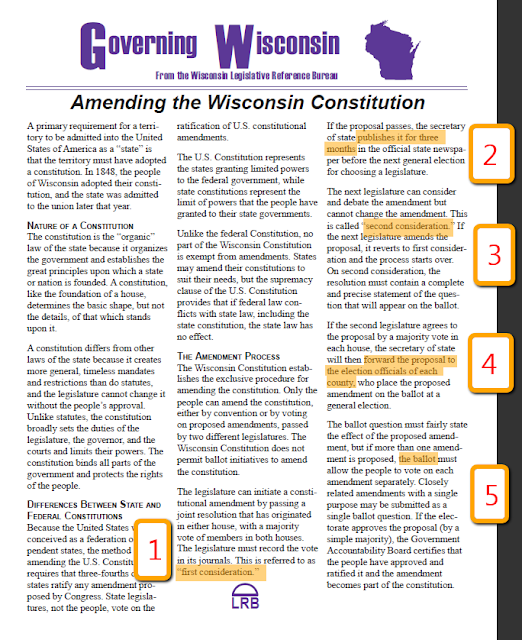 Vos, R-Rochester, said he is drafting an amendment to the state constitution that would require petitioners give a specific reason- such as a criminal conviction or ethics violation - before mounting a recall effort.

"I don't want recalls to become the norm," Vos said.

He said in the 1990s there was one recall election in the state, two in the first decade of the 2000s and nine this year.

"When you vote for someone you say, ‘I trust you to represent me for the next two to four years,'" Vos said.

He said he fears the threat of recalls will keep state elected officials from making tough decisions if there are not limits, such as a specific, named reason for the recall.

Related post:
Will the recall elections embolden moderate Republicans? (8/11/2011)
Posted by Retiring Guy at 7:51 AM