The New Reality in the Wisconsin State Senate 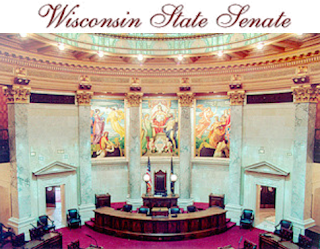 Obviously, t's not going to be all sweetness and light, as the two following excerpts indicate.

Meanwhile, Republicans are nervous Democrats aren't committed to bipartisanship as they consider trying to recall Walker next year.

Assembly Minority Leader Peter Barca (D-Kenosha) said the abortion legislation and a proposal to limit the ability of voters to recall state officials make him concerned Republicans are not ready to work with Democrats.