Excerpt: The National Conference of State Legislatures is currently meeting and today will vote on a resolution relating to community broadband networks. The resolution calls for NCSL to fight any federal effort to implement the National Broadband Plan recommendation that all communities be empowered to decide locally if they should build a network.

Fabiola Carrion of Progressive States Network is there and put together a community broadband factsheet [pdf] and a call to action for people to oppose this wording.

Gee, I wonder where the wording of this resolution came from.  If not AT&T, then 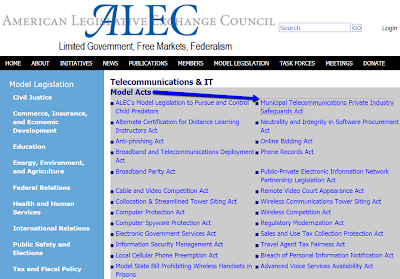 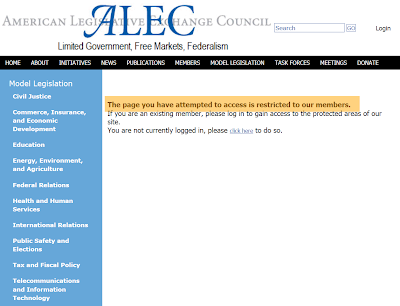 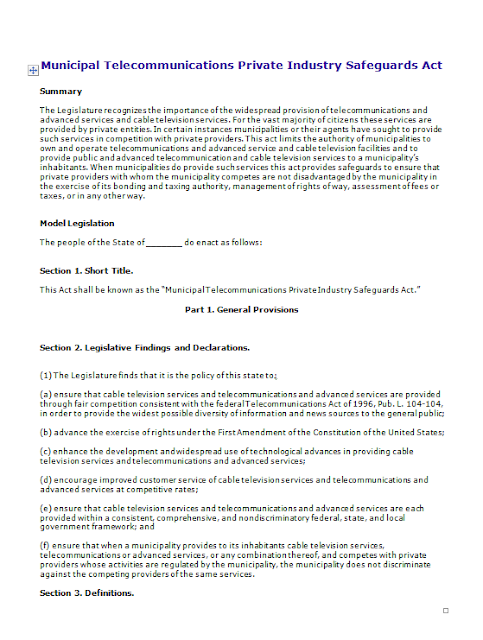 You'll find the full Word document at MuniWireless.   Although the NCLS resolution doesn't parrot the ALEC model legislation word for word, the two documents are certainly in clear alignment with private telcommunications providers.
Striking while the iron is hot.

Here is a map showing the majority party in the lower houses (i.e., the Assembly in Wisconsin) of the 50 state legislatures. 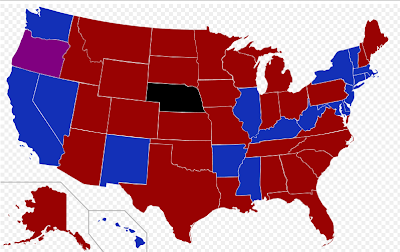 And the upper houses. 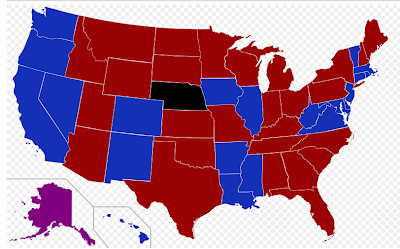