Grocery Stores: From "Mom-and-Pops" to Behemoths 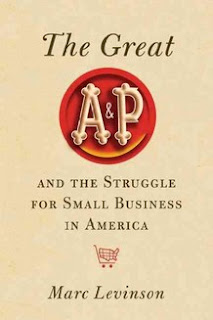 Excerpt:  In a new book, Levinson explains how local mom-and-pop stores — with their limited selections, high prices and nonstandard packaging — paved the way for national chains like the A&P to swoop in and dominate the grocery industry. His book The Great A&P and the Struggle for Small Business in America chronicles the rise (and fall) of the discount grocery chain that was once one of the largest businesses in America. Levinson tells Fresh Air's Dave Davies that it was no coincidence that a national chain replaced the corner store.

"People get misty-eyed at the thought of the independent store — maybe it had some unique product, maybe we had more choices than we have today — but the truth was exactly the opposite," he says. "Most of these stores had a very limited selection. They had no unique products at all. ... [Shoppers] would have to go to two or three different grocery stories in their neighborhood if they wanted different type of goods, plus the butcher, the baker, and the fruit and vegetable store. ... The consumer's choices were pretty constrained."


Comment. Until the mid-1960s, a mom-and-pop grocery store was located just down the street from where I lived in Warren, Pennsylvania.  Foreman's, or "the little store" as we affectionately called it in the Nelson household, offered packaged goods, produce, and meats.  Not to mention a well-stocked penny candy counter.  All within a space of not much more than 1,000 square feet.  (The median grocery store size in 2010 was 46,000 sq. ft.)

Even with the advent of the supermarket, my parents didn't limit their grocery shopping to one location.  (Neither do I, for that matter.)  Depending upon sales and/or coupons, they'd shop at Loblaws one week, Quality Markets the next, with a visit to Anderson's on the east side (great meat department; now Warren Shurfine, no website) in-between.

Some "corner groceries" were also part of a chain. 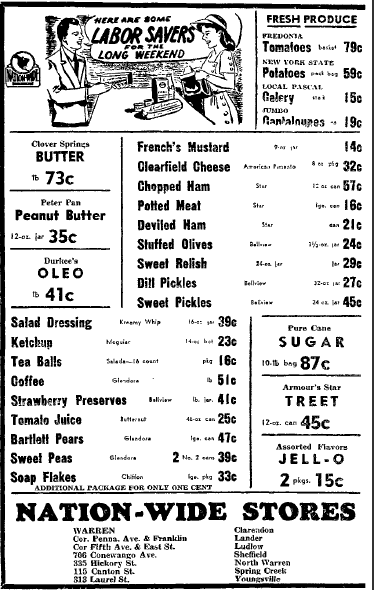 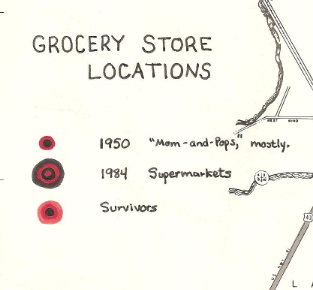 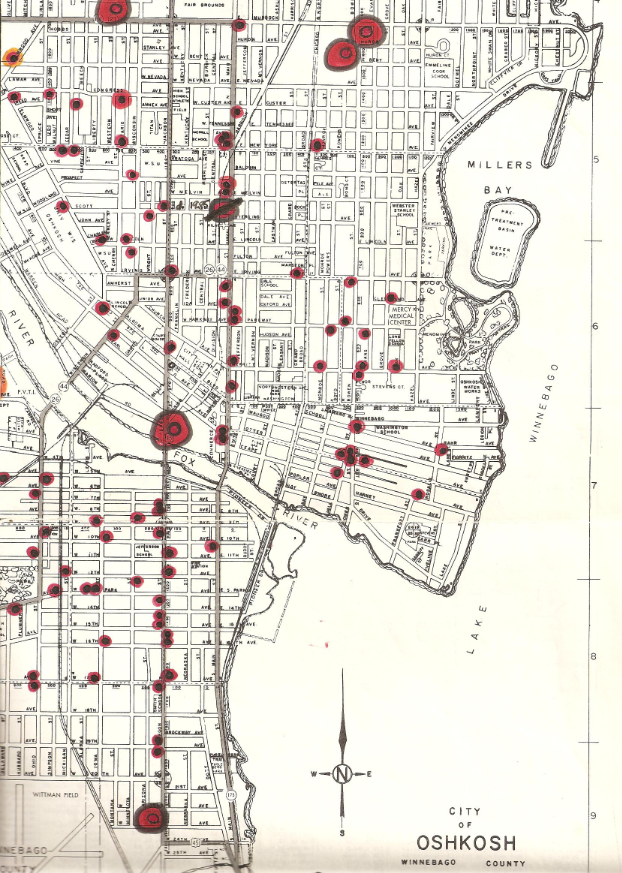