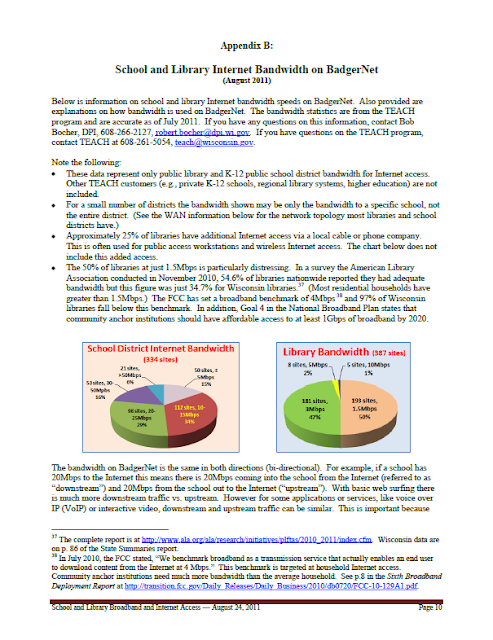 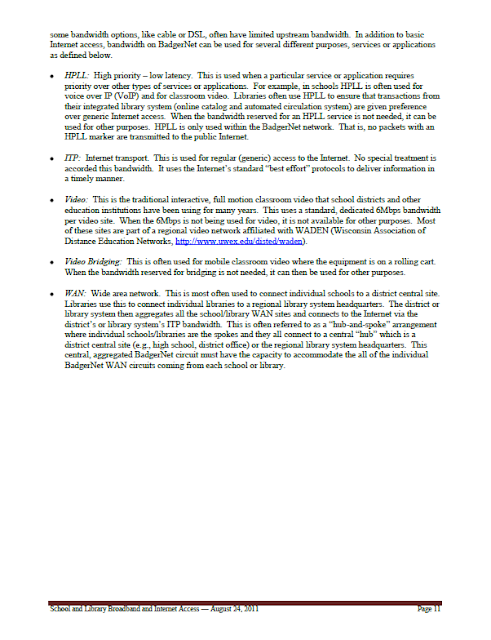 Bob Bocher's 4th bullet point on the first page of Appendix B deserves to be highlighted.

The 50% of libraries at just 1.5Mbps is particularly distressing. In a survey the American Library Association conducted in November 2010, 54.3% of libraries nationwide reported they had adequate bandwidth but this figure was just 34.7% for Wisconsin libraries.   (Column 4 in screenshot below.) 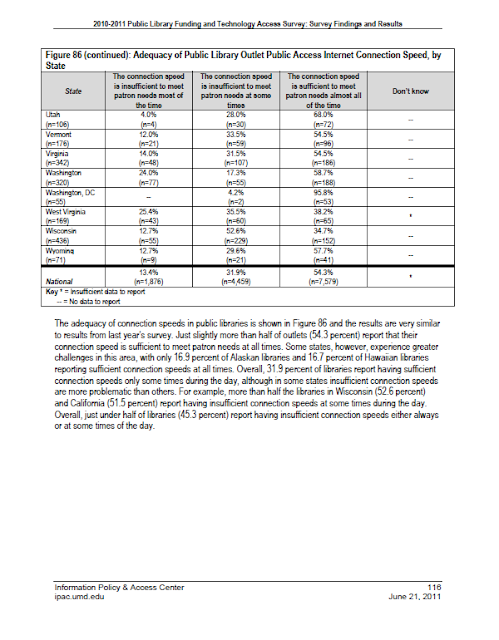 (Most residential households have greater than 1.5Mbps.) The FCC has set a broadband benchmark of 4Mbps 38 and 97% of Wisconsin libraries fall below this benchmark. In addition, Goal 4 in the National Broadband Plan [Bob references page 8] states that community anchor institutions should have affordable access to at least 1Gbps of broadband by 2020.

What did I just read lately?

In the Platteville area, library users complain about getting kicked off the Internet because it’s too slow, and the senior center can’t handle streaming video, said April Fuhr, community outreach coordinator for the Platteville network.

She said because job-seekers often use library computers to fill out applications, it’s critical that Internet access is sufficient.

“A lot of times they get timed out because the speeds are so low,” she said. “You tell anyone who’s been working on an online form for two hours, ‘Sorry it’s gone.’”  [Emphasis added.]

Is this happening at your library? If so, let your state legislators know about it.   Explain to them why their constituents need to have access to sufficient bandwidth at their public and school libraries.

For Further Information
If you have any comments, suggested edits or need further information, please contact Bob Bocher, 608-266-2127; robert.bocher@dpi.wi.gov.