Wish for the day when the Wisconsin library community gets such support for a piece of legislation. 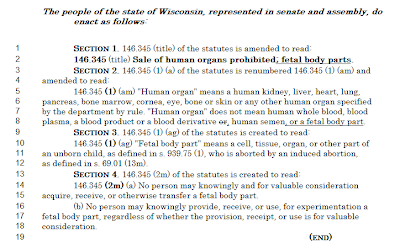 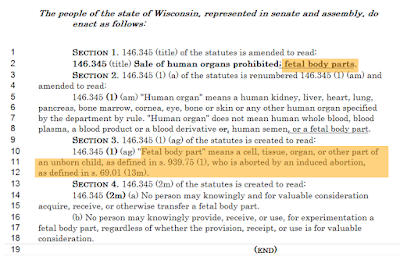 Excerpt: With its fiscal agenda mostly complete, members of the state's Republican leadership now are turning their attention to social issues.

On Tuesday, Assembly Republicans introduced a bill backed by an anti-abortion group that would make it illegal to provide or use for experimentation a "fetal body part." Many fear the legislation would have a "chilling effect" on a range of biomedical research conducted at places such as the University of Wisconsin-Madison.

"The current legislation is worded so broadly that it will eliminate promising lines of research on campus, including studies of childhood leukemia and infectious diseases," said a statement issued jointly by UW-Madison and UW Health. "It is important to note that federal law permits use of federal funds to support research involving fetal tissue as long as provisions of federal law are met. 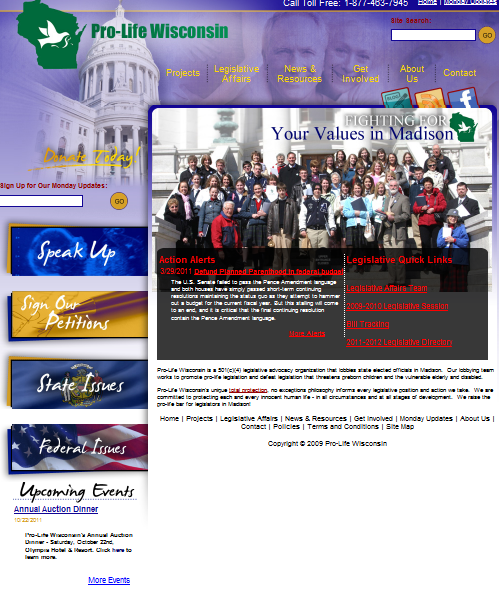