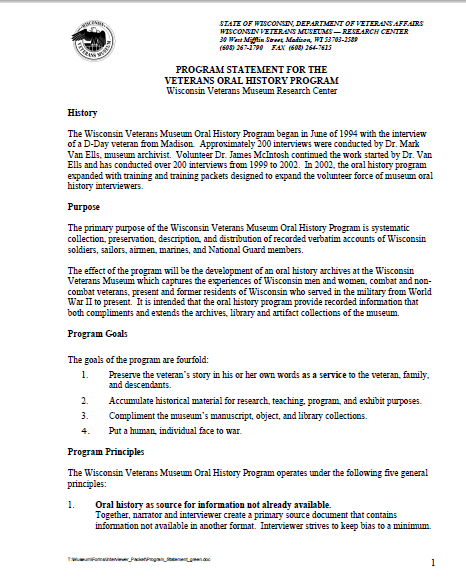 Excerpt:  In Wisconsin, for example, the number of World War II veterans contributing their stories to the Wisconsin Veterans Museum oral history collection has dropped from 42 in 2003 to just one last year, said Gayle Martinson, archives collections manager.

"There are thousands out there who could still come in," Martinson said. "We still do get some, but it's rare, and the stories are shorter."

Middle-aged veterans may talk for hours about their experiences, while some of the oldest ones have forgotten things, or distilled what they've chosen to remember, Martinson said.

"A lot of times the stories have boiled down to a story that they've been telling themselves for years," Martinson said.

The U.S. Department of Veterans Affairs projects there will be 32,185 Wisconsin World War II veterans alive on Sept. 30, down from 37,257 a year earlier. The national estimate shows a drop from 1.98 million to 1.71 million over the same 12 months. Their average age is about 85.
Posted by Retiring Guy at 9:50 AM