The Rise of Spatial Humanities

Digital Maps Are Giving Scholars the Historical Lay of the Land.  (The New York Times, 7/27/2011)

Excerpt:  Advanced technology similar to Google Earth, MapQuest and the GPS systems used in millions of cars has made it possible to recreate a vanished landscape. This new generation of digital maps has given rise to an academic field known as spatial humanities. Historians, literary theorists, archaeologists and others are using Geographic Information Systems — software that displays and analyzes information related to a physical location — to re-examine real and fictional places like the villages around Salem, Mass., at the time of the witch trials; the Dust Bowl region devastated during the Great Depression; and the Eastcheap taverns where Shakespeare’s Falstaff and Prince Hal caroused. 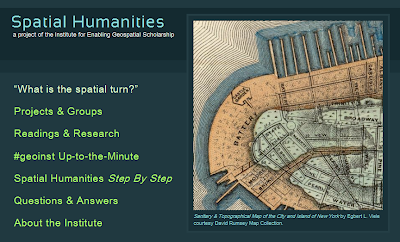