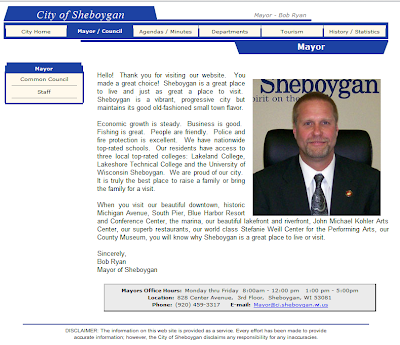 In Ryan's world, there's no need to promote the library
as a feature of beautiful downtown Sheboygan.
Sheboygan Mayor Bob Ryan asked to resign by council. (Sheboygan Press, 7/27/2011)

Excerpt:   Ryan, an admitted alcoholic whose drinking has come under scrutiny multiple times since he took office in 2009, has confessed to having a "couple drinks" during the weekend while staying in Elkhart Lake.

But witnesses say Ryan was an obnoxious regular for several days at Elkhart Lake nightspots, drinking from mid-afternoon until close, while being rude and vulgar, especially toward women. Witnesses say he passed out at least once, that bartenders had to stop serving him, he was seen getting into his car after drinking and he was involved in a fistfight at one tavern. 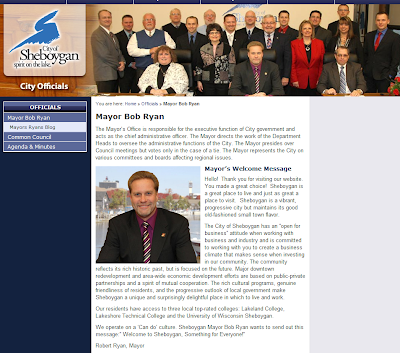