Putting Their Mouths Where Their Money Is 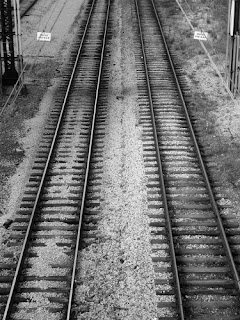 Excerpt 1:   Speaking at the Italian Community Center as a member of a Public Policy Forum panel on the impact of Walker's policies on Milwaukee's economic competitiveness, Grunau characterized spurning the federal money and the chance to be part of an improved and wider rail system as a lost opportunity that the state could come to regret.

Grunau, president of the Grucon Group, noted that Michigan just was awarded about $200 million in federal funding for a high-speed rail line between Detroit and Chicago.

"That was accepted by the Republican governor in Michigan, recently elected, who sees the benefit of modern transit," Grunau said.

Federal transportation officials pulled the $810 million grant here after Walker wouldn't use it for the Milwaukee-to-Madison connection. Walker questioned the economic viability of the Milwaukee-Madison line and did not want to obligate the state to spend tax money to operate the trains.

Grunau said he thinks Walker has done a "good job" of reining in the costs of doing business in Wisconsin.

"I give him 'A' in that area, but I give him a 'Z' in style points," Grunau said. "I think he is over-pushing everything, and the resultant Republican agenda in this six months is going to undo years and generations of progressive things that have happened in our state." 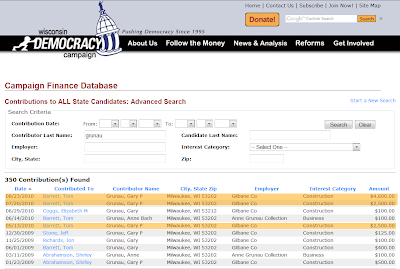 [Click on table to enlarge.]
Excerpt 2: But Rich Meeusen, chief executive of Badger Meter Inc. in Milwaukee, said Walker already has improved the perception of Wisconsin as a place to do business. 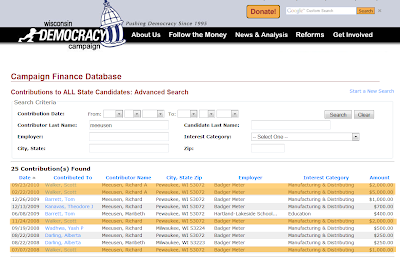 [Click on table to enlarge.]
He pointed to a recent survey of the country's CEOs in Chief Executive magazine on their perceptions of states' business climates. It showed Wisconsin has jumped 17 places in the rankings, going from 41st to 24th. 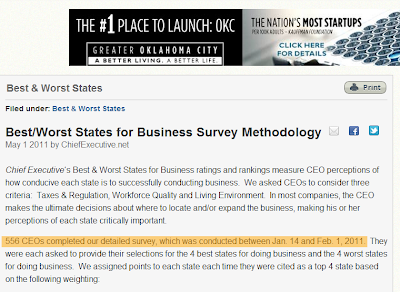 The survey was conducted in the first weeks of Scott Walker's administration.  Sounds like a wishful-thinking Manny Perez scenario.
Posted by Retiring Guy at 3:50 PM