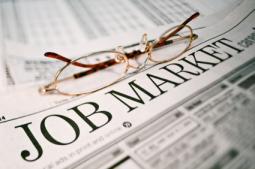 Excerpt:   The US economy added far more jobs than expected last month, according to data released yesterday by the Labor Department, but there are still more than 13 million people out of work. The unemployment rate for workers over age 55 is lower than the overall national average, partly due to the number of people in that age bracket who decide to retire, but those forced out of work before their planned retirement, and who don’t have enough to live on, are putting added strain on the government and the economy.

Excerpt:  Not only are those people collecting less money, they’re also not paying taxes on employment income and are more likely to apply for other government aid, said director Andrew Sum.

“Throwing these older workers out of the labor market comes at a very high cost,’’ he said.

Gallup Poll question:  "At what age do you expect to retire?"

10 Best Places for Older Workers.
Posted by Retiring Guy at 8:03 AM