And Retiring Guy puts it in table form for you. 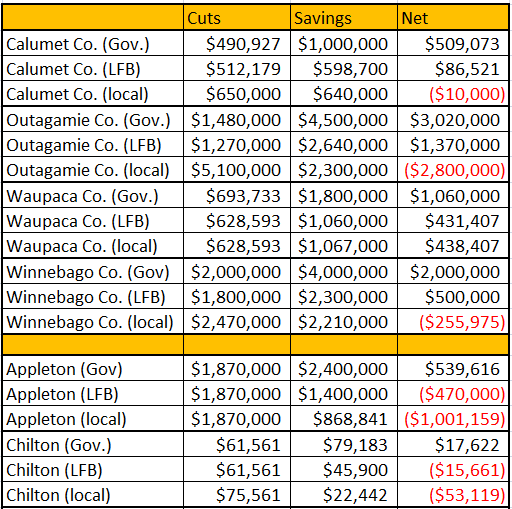 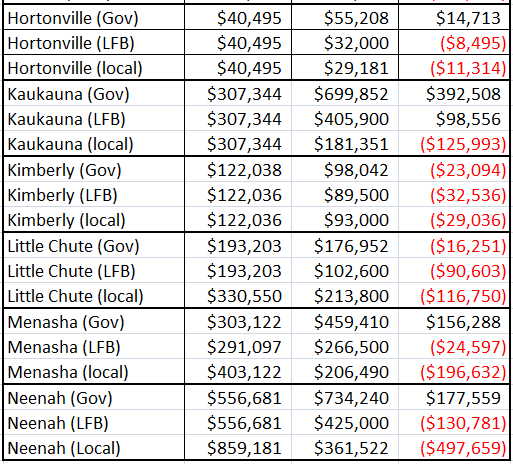 Excerpt: Under Walker's projections, every county in the state would end up with a net surplus, as would many cities.

But officials across the Fox Valley say Walker's math doesn't add up.

After weeks of calculating and recalculating the numbers, many of the locals don't see the savings.

When measured against internal budget projections from 18 municipalities and four counties in the Valley, The Post-Crescent found, the governor's estimates often overstate savings, particularly savings from health care contributions.

"The statement that the savings (Walker) has given us makes up for what the cuts are — that's not true," said Jeffrey Sturgell, administrator for the Town of Menasha, which faces a $169,000 budget gap next year after savings are factored in.