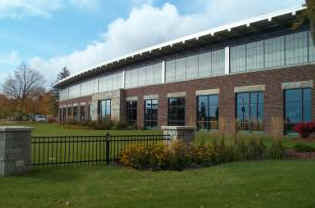 Excerpt: In 1891 the Joseph Mann library opened to the public. The total cost of the library including building, heater, furniture and the initial book collection, was $3,363.73. Lizzie H. Yahnke was the first librarian. Yahnke, who served as director, earned $75 per year, plus room and board in rooms above the library. In 1891, fines for an overdue book were 3 cents a day. In 1891, patrons were allowed to check out one book for two weeks, today you may check out 75 items for three weeks.

The library began using the Dewey Decimal System in 1896 and the Lester Public Library uses it to this day. Since 1891 there have been 17 directors — 13 women and four men.

In 1914, Two Rivers built its new Carnegie library, still called the Joseph Mann Library, located across the street from the original library. In 1920, children younger than junior high school age were forbidden to use the library in the evening. Though extensively remodeled and expanded during the 1950s and 60s, community leaders recognized that a more modern and spacious facility would be needed.
Posted by Retiring Guy at 6:54 AM