Excerpt: Hanna is headed to Madison on Wednesday for a press conference. He and several mayors want to call attention to the rough financial picture their cash-strapped cities face. The sponsor is the Urban Alliance, a component of the League of Wisconsin Municipalities.

"It's not as simple as it is being portrayed," said Hanna of how Republican lawmakers suggest the infusion of employee contributions will offset the impending cuts in the budget plan. "I understand the concept of giving us more tools. It's something that mayors have been asking for from other governors in the past. I appreciate the effort to fill our toolbox, but the tools that are being presented in the cuts don't add up."

Appleton's cuts come to about $1.9 million under the governor's budget, while its projected surplus with the pension contributions nearly totals $800,000. The net effect is a $1 million loss for the city, according to an analysis by Lisa Remiker, the city's finance director.

Walker has talked about rolling back costly clean water regulations to give local governments relief.

But Hanna said that does little to balance the budgets of the city and numerous other communities whose utilities charge user fees to achieve state and federally mandated clean water goals. 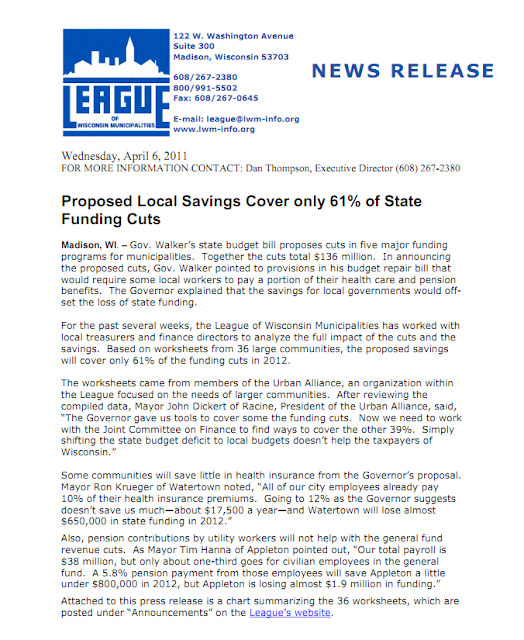 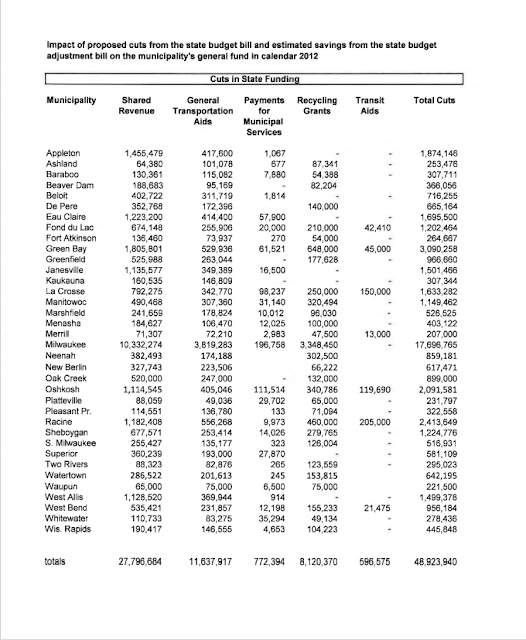 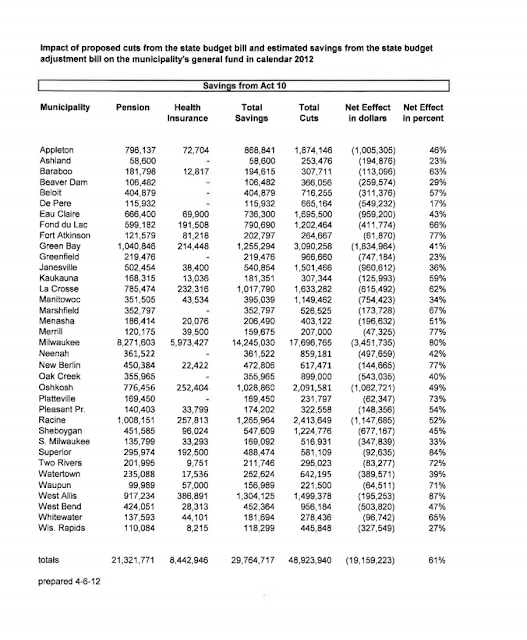