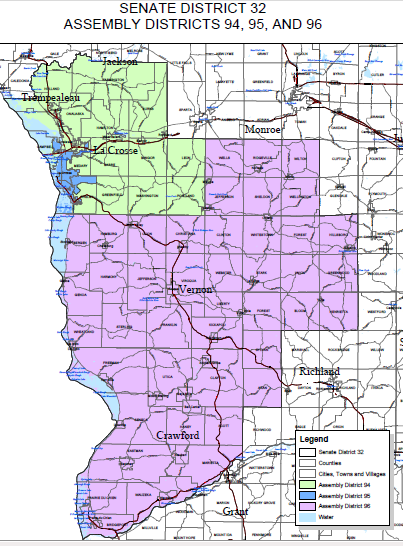 Excerpt:   Democratic Rep. Jennifer Shilling of La Crosse announced her bid Saturday to unseat Republican Sen. Dan Kapanke of La Crosse. Shilling is the first candidate to announce her candidacy in any of the possible recall efforts across the state.

Sixteen state senators are currently being targeted for their support or opposition to a bill that strips most public employees of collective bargaining rights. A judge has blocked the law from taking effect.

Based on this map of the Kloppenburg-Prosser State Supreme Court race, how would you handicap Shilling's chances? 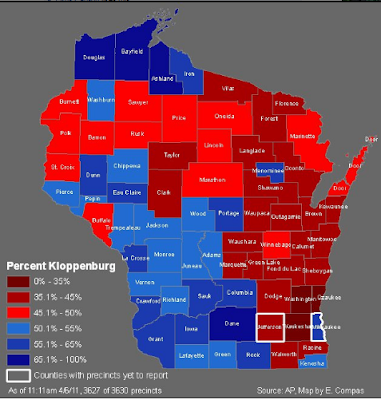 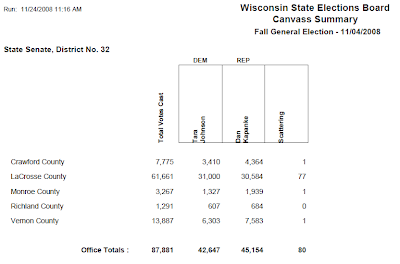