Yonkers Library Employee Diverts $163,582 for Her Own Use

Where were the accounting safeguards? 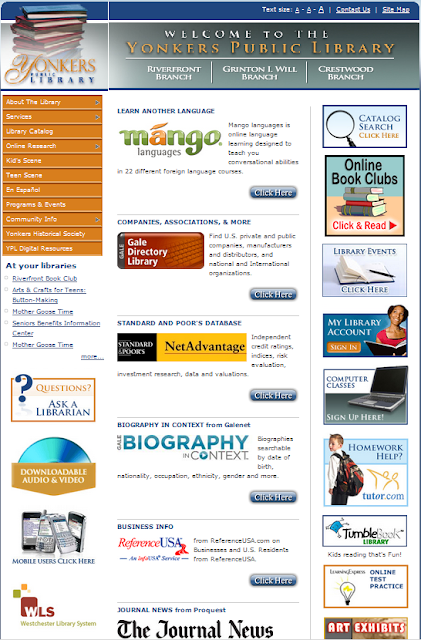 Margo Reed, 53, was arraigned on one count of second-degree grand larceny, accused of taking the money from the Yonkers Public Library between Jan. 6, 2004 and Dec. 28, 2010.

She previously faced two felony charges after her Dec. 10 arrest. Those charges alleged she had taken less than $50,000, although investigators had said that amount could rise as their review continued.

Reed, a resident of 78-83 Highland Ave., worked in the library's business office. She was responsible for collecting overdue fines and other revenue from the library's three branches and submitting them to the city for deposit.
Posted by Retiring Guy at 12:22 PM