But, apparently, no stripping away of collective bargaining rights.  State employees are going to be asked for $180 million in cuts, which would have to be negotiated with unions. 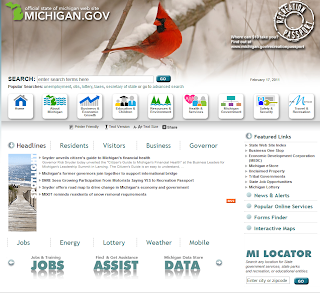 Excerpt: Even before Snyder presented the plan to lawmakers Thursday, he was defending it, saying it would put the economically troubled state on sound financial footing.

"We're getting rid of all the special-interest kind of items," he said. "This is approaching it as a total solution."

Snyder provided The Associated Press with a copy of the $45 million budget plan Wednesday evening. It includes $1.2 billion in permanent spending cuts to help deal with a $1.4 billion shortfall. It would cut spending for public schools, universities and local governments while ending many personal tax breaks. It would eliminate before- and after-school programs, cut hundreds of state jobs and ask public employees for benefit or wage concessions.

The plan which is for the fiscal year that starts Oct. 1, also would drastically change the state's corporate tax structure so only large "C'' corporations pay business taxes. The move would give businesses a $1.8 billion tax break, larger than the $1.5 billion Snyder originally estimated the switch would cost.


I'm sorry, but could you run that statement about special interests by me again.

AT A GLANCE
— Reduces state aid to libraries in the Department of Education budget by $2.3 million in the general fund, with $950,000 directed to the Michigan eLibrary, resulting in net savings of $1.4 million.

According to the IMLS, public libraries in Michigan received 2.3% of their funding, or $10,157,000, from the state.  Michigan has 384 libraries and 64 branches.  That's an average loss of $26,450 per administrative unit.  The money is distributed by the Department of Education on a per capita basis, another sock in the gut for Detroit. 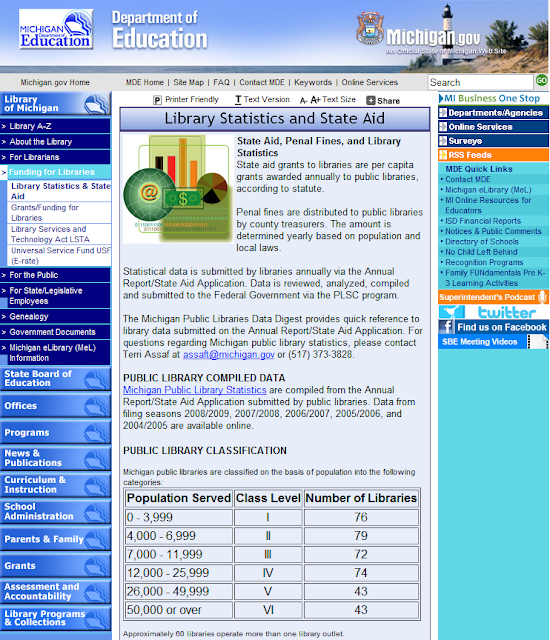