Florence County: A Half-Century of Growth in Public Library Use

Part 19 of a county-by-county overview.

The subtitle of this series of blogposts hangs a bit loosely on Florence County, which in 1990 was the last of Wisconsin's 72 counties to become part of a public library system.  It's also the second least populated county in the state (5,346), which is reflect in its low population density per square mile (10.9).

Florence County is best known in the Nelson family for the Spread Eagle Chain o' Lakes, the destination of family vacations since 1960, although visits there have been much more infrequent since 1986. 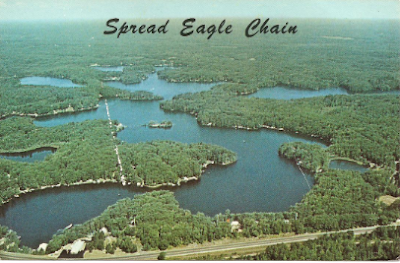 That's U.S. Highway 2 running across the bottom of the postcard.
(For those of you of a certain age, I bet I know what's going through your head right now.  From the land of sky blue waters.....) 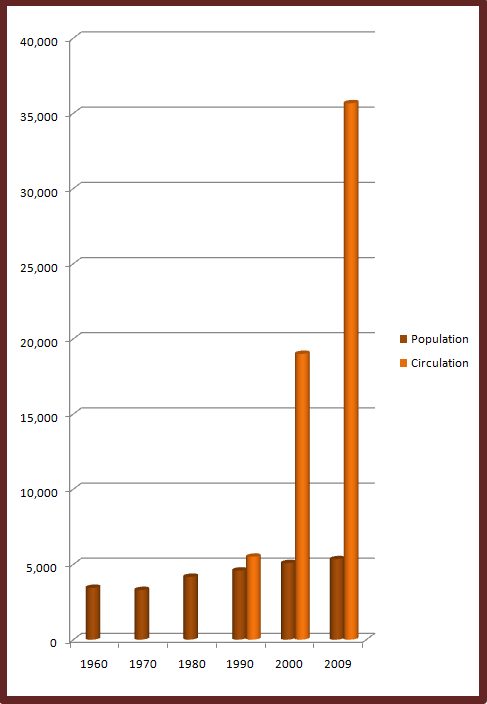 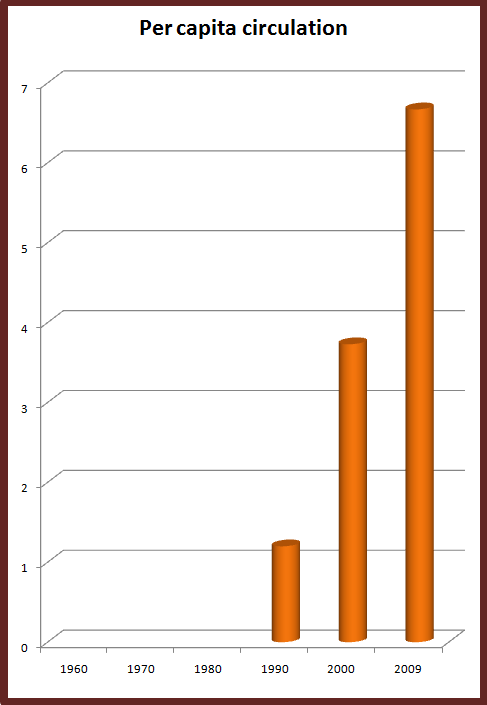 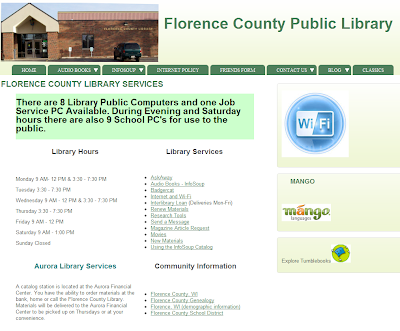