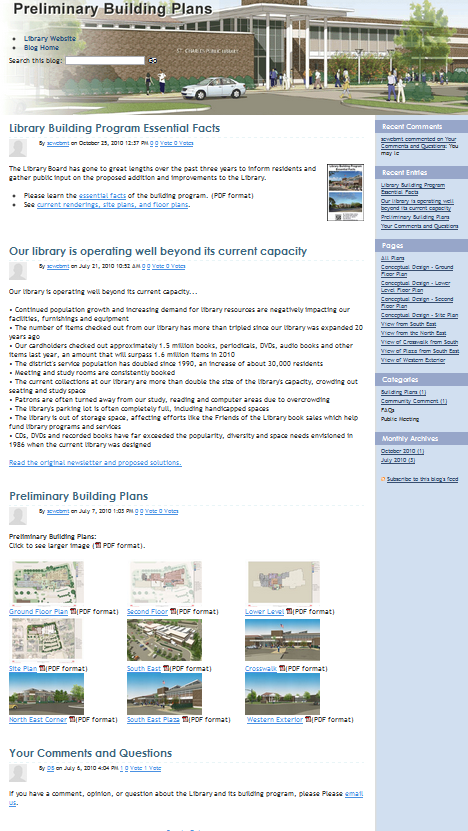 Excerpt: The St. Charles Public Library trustees have not given up on expansion plans but said Tuesday that next April would be too early to seek approval again since they believe the economy affected the results.

But, they said, they cannot wait until the next possible referendum date – November 2012 – to make improvements to some of the library’s major systems, such as the information technology equipment.

“We said the things were getting old,” Vice President Norm Huntley said. “We need to address those issues and move on. … If the money is in the budget, let’s do it.”

The $35 million bond referendum would have paid for improvements to the existing facility, a larger parking lot and a library expansion of about 46,900 square feet. About 52.9 percent of voters were against the Nov. 2 proposition.

About 60.4 percent also voted against a limiting rate increase of 0.023 percent to pay for the proposed addition’s operating costs.