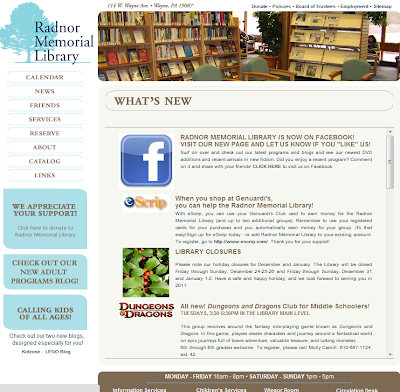 Excerpt: In his 22 years in the township, Commissioner William A. Spingler said, this is the first time, for example, that it could not install a new sewer hookup or add a storm drain. "There's just no money to do anything," he said.

In response, commissioners voted last week to raise taxes for the second year in a row during a budget meeting where those affected by Radnor's plight awaited decisions about their future.

Two dozen public-works employees sat shoulder to shoulder in the back rows, wondering how many of them would lose their jobs before year's end. Four elderly representatives from the Wayne Senior Center stoically accepted a 10 percent decrease in funding.

Library officials, who had to swallow an $82,000 cut, fretted over the commissioners' plan to ask voters what the township should contribute to the library in future years.

The financial problems in the Main Line community are muted compared with those in less-affluent towns facing stark choices in a sluggish economy. Even so, in the view of at least one expert, relief might be a ways off.
Posted by Retiring Guy at 10:34 AM