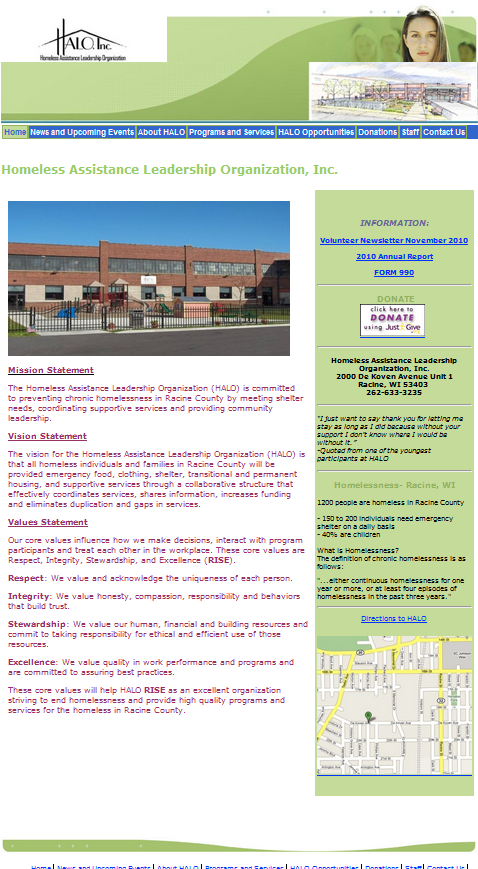 Excerpt: "The picture of homeless used to be the old man in a war uniform. Now it's a 7-year-old child," said Stephanie Kober, family program manager at HALO, Racine's Homeless Assistance Leadership Organization and shelter.

HALO, Racine Unified and the Racine County Human Services Department in recent years have all recorded a significant increase in the number of homeless children served, officials at each organization said.

Homeless children can stay at shelters like HALO but most bounce around like Elijah and his 6-year-old brother, Jeremiah Gray. Both living situations are part of a federal homeless child definition, which also includes kids living in places like motels, campgrounds, cars or abandoned buildings.

"Part of the definition is they have no choice ... They can be exited at any time so it's not stable," explained Elizabeth Erven, coordinator of Racine Unified's Families in Transition Program, which identifies homeless students and connects them to school and community resources.

Racine Unified has consistently identified more homeless students than every other Wisconsin school district except Milwaukee since the 2004-05 school year. At that time Unified reported 616 students were homeless at some time during the school year, state data shows. 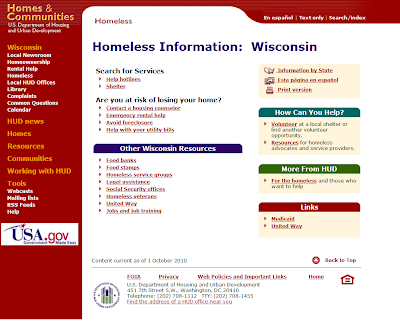 LINK
Posted by Retiring Guy at 7:27 AM