Charles Portis is Not Ready for his Close-Up 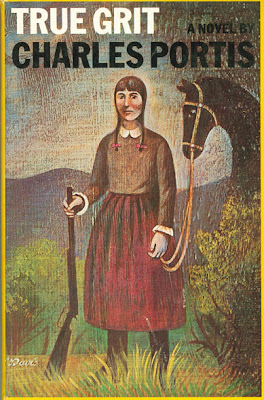 Excerpt: He’s not a Pynchonesque recluse, exactly. He is occasionally spotted in Little Rock, Ark., where he has lived for 50-odd years; he even went to a gala sponsored there recently by the Oxford American, a literary magazine, and consented to receive a lifetime achievement award, though he sat in the 14th row, or as far from the stage as he could. But Mr. Portis doesn’t use e-mail, has an unlisted phone number, declines interview requests, including one for this article, and shuns photographs with the ardor of a fugitive in the witness protection program. He hasn’t published a novel in nearly 20 years.

“True Grit,” Mr. Portis’s second novel, which was serialized by The Saturday Evening Post and appeared on the New York Times best-seller list for 22 weeks, is actually a divisive matter among Portis admirers. There are some, like the novelist Donna Tartt, who consider it his masterpiece, a work comparable to “Huckleberry Finn.” Others, like Mr. Rosenbaum, resent “True Grit” a little for detracting attention from Mr. Portis’s lesser-known but arguably funnier books: “Norwood” (1966), “The Dog of the South” (1979), “Masters of Atlantis” (1985) and “Gringos” (1991). The writer Roy Blount Jr., an old friend of Mr. Portis’s, suggested recently that Mr. Portis himself was a little embarrassed by the success of “True Grit.” 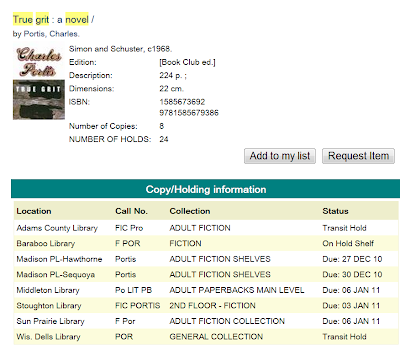 Our copy has been steadily checking out and is the same edition as the one shown above.