Anchorage Saves 0.1% of its Budget with Branch Library Closure 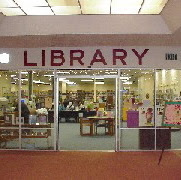 Excerpt: Keeping the Samson-Dimond Library open next year would have cost about $560,000. The owner of the building had offered free rent; the city would have needed only to staff the space and keep the books there.

Mayor Sullivan and six members of the Assembly turned down that offer. Those voting to close the only library between 36th Avenue and Girdwood included Chris Birch and Jennifer Johnston, who represent the area.

In an emergency like the one Fink faced, making such a decision may show the toughness you need to get through hard times. But today, when closing a library saves one-tenth of a percent of a $435 million budget, you have to wonder why anyone would do it.

No one's tax bill will go down because of this decision. The amount of money is too small to be seen in the mill rate. Taxes jump up and down much more due to routine end-of-year accounting adjustments on the nearly $1 billion spent annually by our local government and school district.

But the library served 40,000 residents. It was a critical information source for hundreds of people a day. Our libraries are the community's most used facilities. They provide recreation and a place away from home for families with kids, and they provide a critical lifeline and source of economic equality for people trying to work their way up. And usage is rising, fast.

I don't know why Mayor Sullivan has chosen the libraries for his harshest cuts.
Posted by Retiring Guy at 11:28 AM