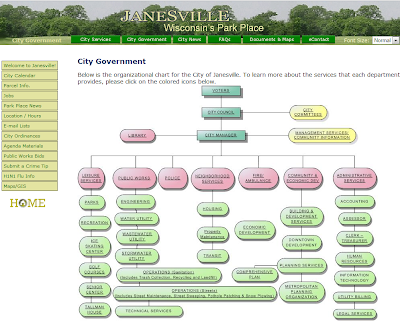 Excerpt: "The budget I am presenting is one of the most difficult in my 15 years of working on and presenting a proposed budget," Levitt said.

As he worked, Levitt referred to a budget scorecard fashioned by staff so residents could weigh in on taxes, fees and services. A total of 766 people answered the survey.

Residents who took the non-scientific survey [Thank you, Marcia!; emphasis is mine] favored cuts in leisure services, transit and library services, Levitt said. All those areas would see reductions in Levitt's proposed budget.

But Levitt also proposes cuts in police and fire—departments that have managed to avoid serious reductions in recent years.

"While the public had public safety as the highest area to maintain current service levels, I was faced with the difficulty of a shortfall in the budget of over $1.6 million and the fact that public safety makes up over 60 percent of the operating budget (not including debt service)," Levitt wrote.

Some of the most visible cuts and fees would include:

-- A garbage fee for the first time.