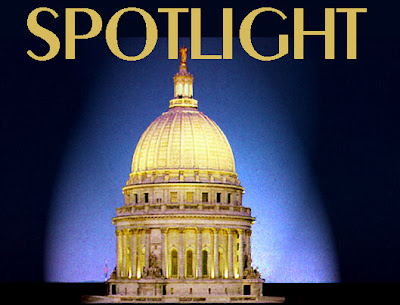 Excerpt: The state faces a looming $2.7 billion budget shortfall, but that hasn't kept candidates for governor from piling on with what are likely to be hundreds of millions of dollars in new commitments to cut taxes or increase spending.

All the major candidates have put forward plans to rein in spending, but by making added pledges like tax cuts, the candidates are adding to the challenge they'll face as the state's top executive.

The most aggressive are the two Republican candidates, former U.S. Rep. Mark Neumann and Milwaukee County Executive Scott Walker who, without specific figures, are promising hefty tax cuts in their first budget as governor and some possible increases in spending on roads and bridges.

Milwaukee Mayor Tom Barrett, a Democrat, has made more modest pledges totaling at least tens of millions of dollars in the form of targeted tax cuts and spending to create jobs. So far, he has offered the most detailed plans about his proposed spending cuts, although serious questions have been raised about some of that proposed saving.

Nearly all of these commitments by the candidates are aimed at jump-starting the state's struggling economy - a key priority for voters. But to keep those pledges, the next governor will have to put forward by February a two-year state budget that makes even more difficult choices about other voter priorities such as schools and health care - a reality that candidates aren't eager to bring up as Tuesday's primary nears. 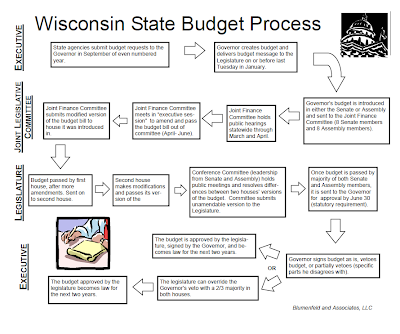 Link to other Wisconsin Library Association advocacy resources.
Posted by Retiring Guy at 8:15 AM