Affluence Leads to a Fondness for Digital Devices

A recent article, however, recommends more of this. 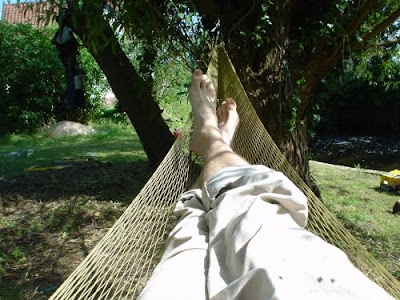 Excerpt:    Households earning more than $100,000 annually [20.2% of all households in 2007 -- perhaps an increasingly low bar for affluence, particularly if you have two children in college] are not only helping drive adoption of devices such as smartphones and iPads; they're also reducing their consumption of traditional print magazines and newspapers. That finding, which may be unsurprising to many, comes courtesy the latest Ipsos Mendelsohn affluent survey, released today.

"Right now about 98 percent of the affluents are online - compared with 70 percent of the rest of the population - and they have lots and lots of digital devices," said Bob Shullman, president of Ipsos Mendelsohn. In another finding, more than 14 million affluents own smartphones and 900,000 own a tablet computer, even though Apple's iPad had been released just weeks before the survey was taken.

And here's Apple, trying to stay ahead of the curve. 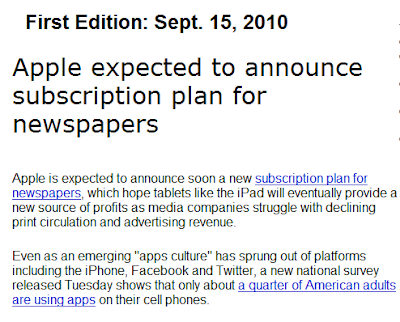 From siliconvalley.com "powered by the Mercury News".


But count the ever-vigilant folks at CJR as skeptical about the above news item.
Posted by Retiring Guy at 3:46 PM