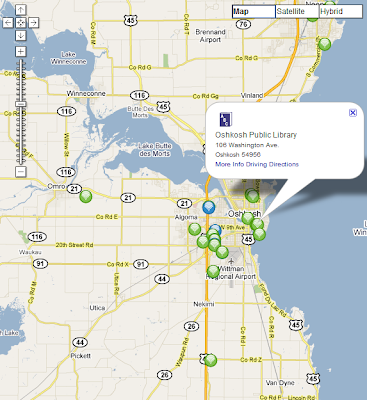 Excerpt: More than half of Wisconsin's Wi-Fi hotspots are now free as consumers increasingly turn to coffee shops, restaurants and other businesses for an Internet connection.

Wisconsin has about 1,300 hotspots where the general public can get online with a wireless connection, according to Wired Wisconsin, a nonprofit organization that follows telecommunications issues.

The number of free Wi-Fi locations has risen steadily. Nationwide, it's up 13% from the first three months of the year and represents the first time that a majority of the locations are free, according to a recent study. 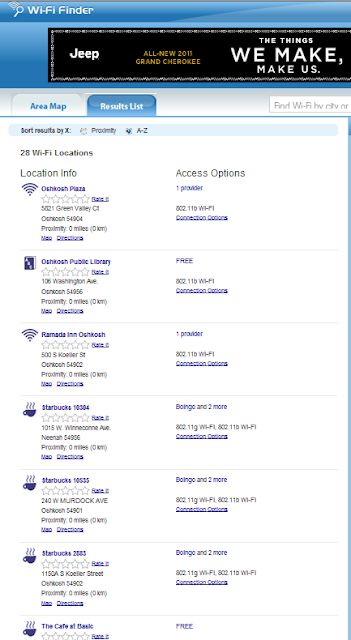 Last week I sent the following email to Thad Nation at Wireless Wisconsin:

Based on the statistics shared below, I found it disappointing that the August 24 Wired Wisconsin news release neglects to mention public libraries as providers of free wi-fi access.

From the Wisconsin Department of Public Instruction Channel Weekly, July 1, 2010:

Thad's quick response.   Paul, your point is very valid. We were working with data released by Citi, which apparently did not factor libraries in. We will male sure to include libraries in our WI-FI descriptions going forward.

Thad followed up yesterday with a heads-up about the Journal-Sentinel article.  Just wanted to follow up with you from last week. Wanted to let you know that there should be an article in the Milwaukee Journal Sentinel tomorrow on the issue of free wi-fi spots. We made sure to pass along the library information that you provided.

I guess reporter Rick Barrett couldn't find a way to fit this information into his story.  'Libraries' did receive one mention:  in the 2nd paragraph after the heading 'Wi-Fi won't fly'.  Maybe he's working on a separate story that features libraries.