Snooky/Snooki Deal in the Works? 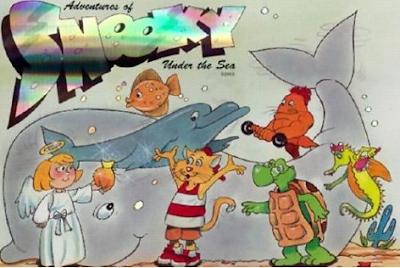 Excerpt:    Jersey Shore's Snooki could still win the trademark rights to her nickname for use in books. The sisters who wrote The Adventures of Snooky, staking a prior claim, are willing to discuss a deal.

But this isn't some shady shakedown. Karen Monaghan-Arnone and Maureen Monaghan-Faber, both graduates of Upper Dublin High, simply hope to raise some money to fight the kind of cancer that killed their brother, Brian, in 2002.

Getting the Snooky children's book into print was one of his death-bed requests.

Its publication, though, recently caused a trademark snafu for MTV reality star Nicole Pilozzi, when the feds frowned on her request to control rights to her famous nickname for "printer matter, namely, books," citing the sisters' book.