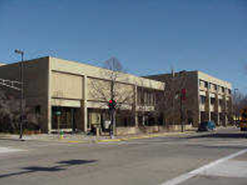 Excerpt: Besides packing swimming pools and emptying beverage coolers, Green Bay's recent hot spell is being blamed for a spike in police calls to the Brown County Central Library.

Police were summoned to the library seven times in the first 11 days of August, mostly for disturbances or harassment issues reportedly involving homeless people, said Lt. Jim Runge, a police spokesman. In August 2009, there were only four calls for police at the library, 515 Pine St.

"The numbers aren't off the charts," he said, "but they're certainly higher than what we want."

Library officials acknowledge that they've had to call for police help more often than usual at this time of year, but say it's not the homeless causing all the problems. Director Lynn Stainbrook said the vast majority of library users, including the homeless, are well behaved, and that the public can expect to use the facility without being harassed.

"It's the nature of public locations," said Stainbrook, who heads a library that includes the central facility and eight branches. "You have lots of people around, and you have some who don't obey the rules."
Posted by Retiring Guy at 6:14 AM