The latest of 73 bibliographic records for Dolan, Edward F. found in LINKcat. 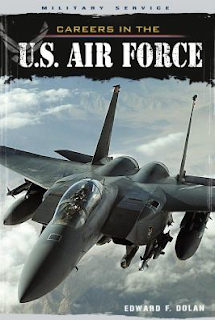 Excerpt: Ed Dolan, a former actor and radio/television performer who turned to freelance writing and authored 120 books for young readers, died Thursday at his Novato home after a brief battle with lung cancer. He was 86.

"My grandfather didn't come from a family of writers, he founded one," said Mr. Dolan's granddaughter, Shae Irving of Fairfax. "His two children grew up to be writers and so am I. He was very proud of that and liked to refer to us, in a humorous way, as his dynasty."
Posted by Retiring Guy at 8:07 AM

I have been visiting various blogs for my Research papers help . I have found your blog to be quite useful. Keep updating your blog with valuable information... Regards

This gave me useful information for my project. It is sad to say that he died tragicly, after all the books he has helped many people to learn and respect the veterans.